<img height="1" width="1" style="display:none" src="https://www.facebook.com/tr?id=1817796145185046&amp;ev=PageView&amp;noscript=1">
Skip Accessibility Statement
At HOMEE, we are proud of the technology we create; however, our technology is only most effective if it can be accessed and used by all, including those with disabilities. Therefore, HOMEE is committed to facilitating the accessibility and usability of our website (“homeeondemand.com”), mobile applications and other digital offerings. HOMEE is in the process of implementing the relevant portions of the World Wide Web Consortium's Web Content Accessibility Guidelines 2.1 Level AA (WCAG 2.1 AA) as its web accessibility standard. Our digital offerings will be tested on a periodic basis with assistive technology such as screen readers and screen magnifiers, and with users with disabilities who use these technologies.Please be aware that our efforts are ongoing. If at any time you have specific questions or concerns about the accessibility of any particular web page or app screen owned by HOMEE, please contact us at info@homeeondemand.com or call us toll-free at 1-855-964-6633. If you do encounter an accessibility issue, please be sure to specify the web page or app screen in your email, and we will make all reasonable efforts to make that page accessible for you.

The Most Common Electrical Issues in Your Home

A home’s electricity is more than a matter of convenience – it's a necessity. When a homeowner is left to deal with electrical issues, they’re presented with a complex network of wires, hazardous charges, and the threat of being left in the dark (literally). It can be difficult to diagnose electrical problems in the home with wires running through the entirety of the property, or even inconsistent electrical performances.

The Three Most Common Electrical Issues

Here are three of the most common home electrical problems experienced by homeowners. You know you’re in good company when:


#1) You Have Circuit Breaker Problems

Don’t panic yet. If your circuit breaker trips and there’s no storm wreaking havoc outside, assess your electricity usage. Maybe it’s a busy Sunday and the game is playing on the big screen while you reheat some wings, do some laundry, and have the dishwasher running. Using multiple large appliances at once can push the amount of current flowing past a safe capacity – tripping the breaker.

If you know it’s not your chore day or some other obvious factor overloading your circuit breaker on a routine basis, it’s time to request a licensed electrician to come inspect your home for signs of bad wiring, ground faults, and other more complex electrical problems.

#2) Your Electricity Surges, Sags, or Dips

Despite their conflicting definitions, surges are closely related to sags and dips in electrical power. A surge is what happens when there is a spike in charge within power lines, which increases the current to your home’s outlets. Surges often result in the rapid on-off of appliances like televisions.

Repeated exposure to a surge can damage electronics and drastically reduce their lifespan. Surges sometimes cannot be helped, as they’re caused by lightning strikes, electric company slip-ups, or damaged power lines. Use surge protectors to defend your appliances against surge-related damage. If your appliances still surge regularly, have an electrician come out to inspect and correct the problem.

Sags and dips are closely related to surges – they’re in the same family of problems but they make it a point to behave differently. Sags and dips create “brown-outs” – sporadic drops in electrical voltage that quickly dim the lights and regain their brightness.

Have you ever had to stop in the middle of a conversation because you couldn’t tell if you just blinked or if the power went out? That’s a brown-out. Appliances big and small can both cause electrical sags and dips, especially if they’re plugged into a faulty outlet or drawing too much power from an outdated electrical panel.

#3) Your Home Has Scarce or Dead Outlets

If your home has too few electrical outlets, the problem is bigger than whether or not you can charge your phone and use it from the couch at the same time. A scarcity in outlets can lead to the overloading of existing outlets and rapidly tripping circuits. Homes that don’t have enough outlets to accommodate the needs of the homeowner can lead to a dangerous dependence on extension cords and increased probability of experiencing frequent surges. If your home has too few outlets, a temporary solution is to use a heavy-duty extension cord or UL-listed surge protector to extend cord range while you wait for a qualified electrician to install new outlets.

Dead outlets are not to be meddled with. When an outlet stops working, it means that at some point they either burned out or fell victim to faulty wiring. In any case, forcing a “dead” outlet to work could spark a fire and severely damage your home.

A dead outlet can manifest in either one or both plugs not working at the outlet – and should be immediately replaced by an electrician. In addition to their potential safety hazards, dead outlets present the same usage problems as scarce outlets – homeowners will try to compensate by overloading the ones that do work. Don’t put your home or electrical framework at risk. Hire a professional to fix your outlets so you can use your appliances safely, whenever and wherever you want.

Related: Five Electrical Repair and Services You Might Not Know Of

Get Help with Your Electrical Issues 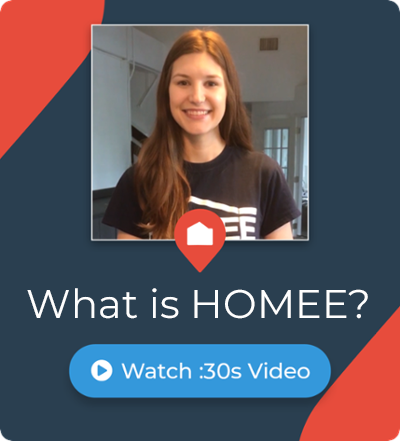 Download the App that's right for you:
By clicking "Get The App" you're asking to receive a text with links to download our app. Your wireless carrier's message and data rates may apply. Don't worry, we'll only text you this one time.
Please enter a valid phone number